Windows 10 Mobile is almost ready but not official yet, try latest build 10586.63

By ViprasCraft Team - January 11, 2016
Windows 10 Technical Preview build 10.0.10586.63 has been released to all the ‘Fast’ ring insiders. Once Microsoft does its verification with the fast ring insiders, this build will make its way to the slow ring. What is interesting now is to see if Microsoft is going to release this build as the formal Windows 10 stable release build!

As many of you might already know, the official release of Windows 10 Mobile to all Windows 8.1 phone users has been posted from Christmas 2015 to the early 2016. When it is said ‘early’ it may mean Q1, the first quarter, ranging anything between 1st Jan 2016 to 31st March 2016.

However having followed all the builds that got released in the last 6 months, we could say with confidence that on most of the Windows mobile devices, starting from the build 10536 the things have become more stable and the build 10586 in particular has become a quasi-official build when Microsoft released the version 10586.29.

Because this represented the same build number found on the PC version during the November/Fall update of Windows 10 for PCs.
There are speculations that Windows Insiders may get the Redstone builds too for their experience and testing but in the meanwhile for the mobiles, the build 10586.63 is the latest one!

For those of you who are still with Windows 8.1 version, if the following screenshots may serve your purpose to generate curiosity to try out Windows 10 Mobile, you are free to go ahead. But before doing that please read our previous articles on the ‘little’ risks involved with the preview versions, and if you are ready for being Windows Insiders. 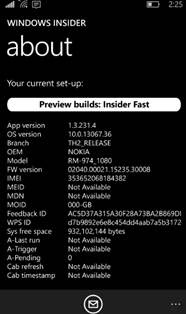 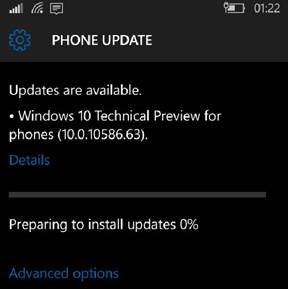 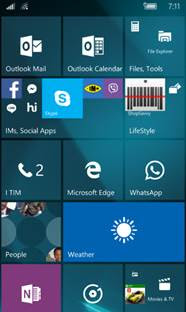 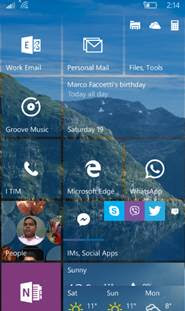 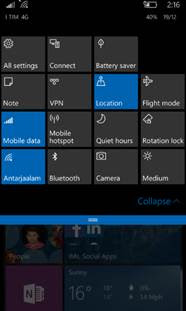 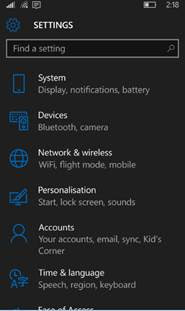 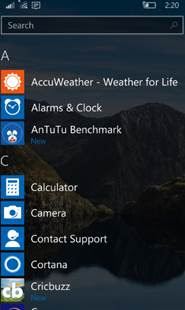 Happy installing and experimenting of the Windows 10 Mobile! Please do leave us your feedback in the comments section below.
Computers Microsoft Smartphone Windows10 Windows8.1 WindowsPhone

CORRUPTION - the cause, its effect, the types and the solution for eliminating it

By ViprasCraft Team - February 13, 2014
WHAT IS CORRUPTION?
Misuse of entrusted funds and power for private/individual gain is termed as Corruption. It is generally described as cheating, bribing or doing other unethical things in order to get personal benefit or profit. It includes giving or accepting bribes, offering inappropriate gifts, manipulating elections, swallowing funds allotted by the Government/Employer for personal gain, laundering money, cheating investors in various schemes etc.,
Corruption is universal. It exists in all developed and developing countries in varying degrees, both in the public and private sectors, as well as in non-profit and charitable institutions. Corruption has its own grades and they range from liquor, women and social influence and finally liquid cash. Many lives have been ruined from bad vices like gambling, drinking, betting etc., and corrupt people are using these devices to ruin their rivals. Corruption is a major issue for most of the countries which adversely affe…
Read more

By ViprasCraft Team - October 28, 2013
We have explained few general points regarding the usage of WiFi WLAN corporate networks and the compatibility of various mobile devices by Nokia, Blackberry, Android, Apple in this article WiFi WLAN corporate network usage on Nokia, Blackberry, Android, Apple iOS devices.
In this article, let us learn how WPA2 – Enterprise EAP-PEAP-MSHAPv2 settings for Symbian 60 phones, particularly for one of the best devices from Nokia in E-series the Nokia E72, can be configured:
Here we explain the settings for one of the latest E-series phones of Nokia, the E72, while we assume that the settings are more or less similar for the other phones in this category. For all the settings explained in the table, and the description provided below, the table acts as a guide to find in various levels the information inside each option and sub-option, in particular for Nokia E72.
For the settings, go to ‘Control panel >> Settings >> Destinations >> Internet’
Check if your phone already ha…
Read more

By Ashok - March 07, 2012
To explain better about the Human Relations, ie., the Inter-Personal Communication skills in a work environment, we present to you a letter written by a colleague 'Anand' to his friend and co-worker 'Vikas' as the latter was often suffering from low self-esteem, a little bit of Superiority complex due to his Ego and also a little bit of Inferiority complex due to the insecurities he had in his mind.
In this real life story (names changed and alias names used to protect privacy), the person Anand is always looking for continuous improvement and evaluating his performance based on the values he learnt from various leadership and personality development books, while his friend and colleague Vikas was obsessed with Self-doubt and he always expected others to appreciate him, and he hadn't made an effort to realize his own weaknesses, let alone the conversion of such weaknesses to strengths. He was never happy with the responsibilities he got in his job though he and hi…
Read more

Is the Violence in Vegetarian diet the same as that of the Meat?

By Ashok - October 17, 2012
"Ah, nowadays Vegetarianism has become a movement or a cult, as people tend to label the meat lovers are ruthless people."
This is the common argument when a vegetarian or a vegan tries to educate the meat lovers about the need of being vegetarian for various reasons.
Some of the meat lovers are fooled by the so called nutritionists and doctors who make them believe that meat can’t be totally avoided to get complete protein. People simply feel convenient when they hear this from their doctors and take pride in believing in science and technology and tend to ridicule the noble concepts of vegetarianism and ahimsa (non-violence).
And when some people get cancer kind of diseases at some later phase of their life, they tend to blame the God, the environment, the pollution, the drugs and all other stuff, but conveniently forget their past actions of eating big macs, burgers, cheese cakes, microwaved or grilled red meats which had increased their total and bad cholesterol levels…
Read more

By B.E. Sampath Kumar - October 20, 2014
Prayer is the sign of devotion. It includes respect, love, pleading and faith. By praying a person expresses his helplessness and surrenders to the Master (God) and pleads for help. It is the connecting link between Master (God) and the self.
Many people generally pray with specific motive based on the belief that if you pray sincerely you would get what you pray for. People pray for many reasons such as personal benefits or for the sake of others. An average person mainly prays to God when he is unable to face difficulties in his life.
Prayer as a method of worship is common in every religion. It may involve the use of words of praise or songs by an individual or group of people. The people who pray about some worldly benefits like job, money, power, etc. and some other requirements like recovery from illness, happiness etc., are generally in the initial stage of their spiritual journey. Prayers of spiritually progressing persons are without worldly expectations, but there is also s…
Read more

By Ashok - May 16, 2012
If we are a bit creative (which everyone of us is capable of), there is no need of any special password management software to generate the unique password for every site which needs you to login with some username and password. Let us share some ideas in this post.
As we all know almost all the important sites - like Google, Facebook, Twitter, Yahoo, Microsoft, etc, - all banking sites like ING, SBI, ICICI, HDFC, Citibank, etc, - many federal government operated sites like the Income Tax Department, etc, - all travel websites like makemytrip, yaatra, etc - all of them need us to have a unique username and password.
Some of these sites are also particular about using the password of a particular length like 8 characters, some even more specific and require us to include special allowable characters like '_', '@', '*', etc.