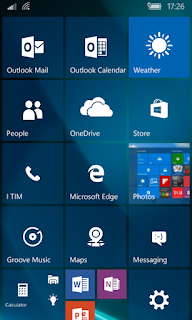 Officially Windows 10 operating system (OS) got released for PCs/ computers on 29th July 2015 and it has been receiving great positive reviews. It seems to be a runaway success as it is said that it has got both the advantages of the Windows 7 and Windows 8 & 8.1 combined.

The mobile version is still under development but for those interested in using the 'Mobile Insider Preview' version, Microsoft has officially stated their position about which phones will be supported by Windows 10 mobile that is going to be released in a few months.

The clue what we can get from the following information found on Microsoft's official site is that all those phones which are eligible for 'Mobile Insider Preview' program will be most probably supported by Windows 10 Mobile full version that is rumored to be released during November 2015.

Our team has tested the Windows 10 mobile preview version on some Lumia phones. Lumia 435 received the update but it was stuck while updating the software. So we have rolled back to the previous full version of Windows 8.1 Denim using the 'Windows Phone Software Recovery Tool' which is available for free download from Microsoft's websites.

For testing the "Windows Mobile Insider Preview" you need to download the "Windows Insider" app from the Windows store.