By Ajay Kumar - October 31, 2009
In Windows 7, after completion of installation you will find some new features which are revised with added functionality. You might observe the system "Start up" which is quicker than Vista and the allocation of "Gadgets" are placed anywhere on desktop just as in Vista. One thing you might observe that the placing of icons is not possible at extreme right, where gadgets are placed in a transparent menu. But, in Windows 7 there is no such menu appear so you can place icons anywhere on desktop. You might observe there are some changes in displaying opened windows along with side by side option you will have cascading window option and stacked window. The task bar was slightly modified with visual graphics.


The major option was creating a "Windows 7 Repair Disk" provided with this OS. Generally we have only "Backup" option in Vista, where we can save a backup on any external or any internal partition Hard Disk. Here in Windows 7 you will have an option of "Creating System Image" along with "Backup" option.

Here is the way how to make your windows protected by using this option...
On opening control panel, when selecting "Large Icons" option on right side you will get all options of control panel. Now select the option "Backup and Restore" as shown in below..

After opening the window you will find the options of creating " System Image and Repair Disk" on left side of the window as shown.. 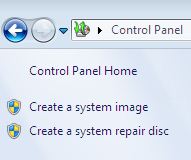 On selecting the option for creating System Image a window as shown below opens and checks for backup devices present in the system i.e. which are connected to the PC. The devices may be Internal Hard Disk Partitions, External Hard Disks or any DVD Drives.. 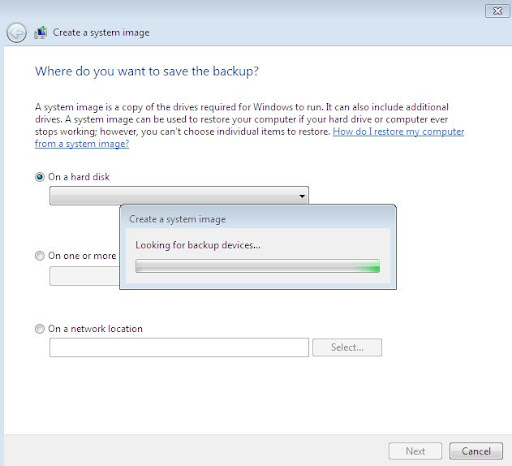 Now it shows all Devices which are suitable for creating a system image, may be in Hard Disk Partition or with DVD. 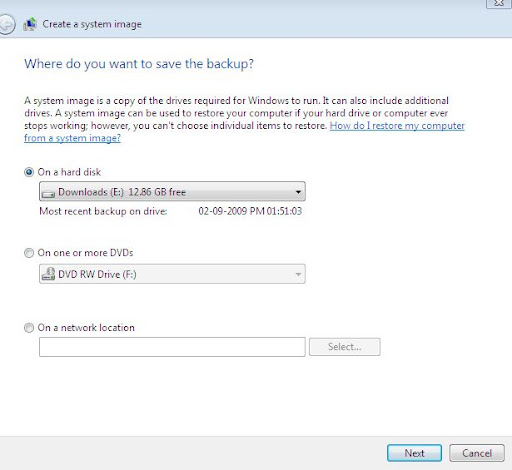 After clicking Next... it shows and select the required drives necessary for Windows Image by default.. 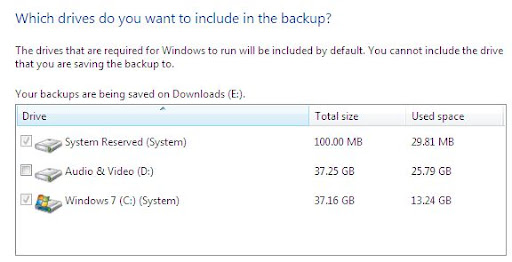 It asks for your confirmation where to create the "System Image" and shows error when there is no required space available for creating Image. 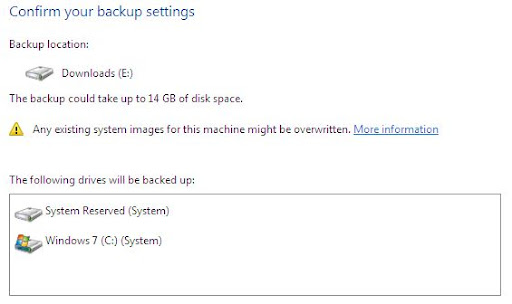 After selecting drive it start creating "System Image" and it takes time from several Minutes to Hours depending on the size of the Windows.
When the creation of the System Image completes it asks you to create a "System Repair Disk". On accepting, it ask for inserting a writable disk for creating "Repair Disk" as shown... 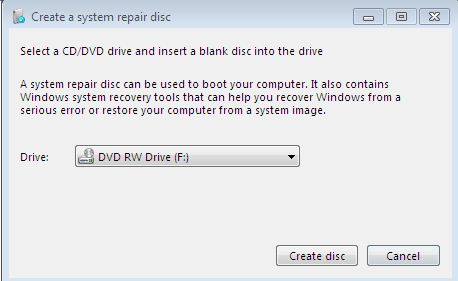 Among them select the option " Restore from the System Image" already created and shows the path of your backup. Generally it automatically checks for your System Image according to your most recent one.

Note: Don't rename your "SystemImage" name by default as it has "WindowsImageBackup" like that. If you rename that one then at the time of recovering it can't find any System Image on your Hard Disk. But on DVD's you cant change the things which normally has...